Muted march of the makers

This government came into power promising that it would rebalance the economy towards manufacturing in a “march of the makers”. As the current parliament comes to an end, John McKenna finds this promised revolution has only happened in fits and starts. 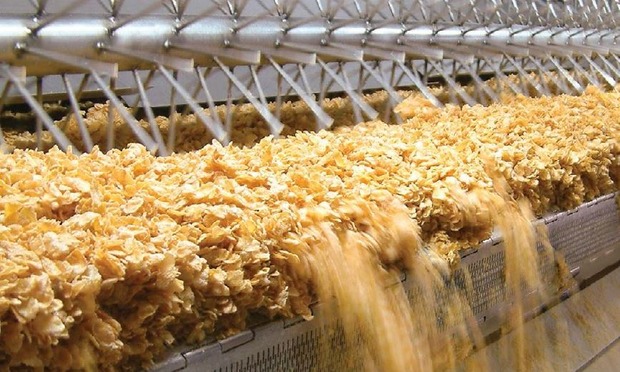 Five years ago the coalition government came to power in the wake of a financial crisis precipitated by the UK’s over-reliance on consumer spending and the financial services.

In response, it promised it would rebalance the UK economy towards manufacturing, with chancellor George Osborne boldly promising he would usher in a “march of the makers”.

While Osborne last month tried to claim he had achieved this in his final budget of the current parliament, his claim that manufacturing output had grown “more than four and a half times faster than it did in the entire decade before the crisis” only tells half the story.

There have been some strong performers, such as food and drink,  and others such as pharmaceuticals and steel that have struggled

Yes, manufacturing across all sectors has experienced several successive quarters of growth. However, this growth has been broadly in line with growth in the rest of the economy - over the past five years manufacturing has been stuck at 10% of GDP.

This is not the rebalancing of the economy that was promised; indeed, organisations such as EEF predict that manufacturing output will grow by just 1.7% in 2015, while GDP is expected to grow by 2.8%.

By the end of this year, therefore, we could witness manufacturing actually shrinking as a proportion of GDP.

There are also worrying signs that a pre-general election slowdown is taking place: the CBI reports that manufacturers’ order books were down in March, while the Office for National Statistics’ latest Index of Production (IoP), published last month, showed that manufacturing output actually shrunk by 0.5% between December and January.

One of the main problems with assessing how well manufacturing is really doing is that the term applies to a diverse set of industrial sectors all with varying fortunes, and that each organisation - be it the government, EEF or CBI - assesses which companies are classed as manufacturers in very different ways.

“There have been some strong performers, such as food and drink, automotive and aerospace, and others such as pharmaceuticals and steel that have struggled.”

When looking at the process industries in particular, food and drink has undeniably been the strongest performer.

However, as Food and Drink Federation director of Economics and Commercial Services Steve Barnes explains (see box below), the sector’s resilience during a recession could mean it falls backwards as the overall economy returns to growth.

Food and Drink is the UK’s largest manufacturing sector, and performed strongly throughout the recession. Domestically this has been partly due to the consumer trend of eating-in with ready-made meals rather than going to restaurants, while at the same time exports have grown for the past nine years. However, while exports continue to be robust – although there is concern over the health of the Eurozone - Food and Drink Federation director of Economics and Commercial Services Steve Barnes described last year domestically as “hard”. “Retailers are competing very aggressively on prices right now,” says Barnes. “There’s a real pressure on our industry on price and cost. Major customers are also paring back ranges in store.” While this will be bad news for those production lines that supermarkets no longer choose to stock, Barnes says it will be exciting times for those companies whose product lines are kept on. The development will also likely change the way food and drink processing plants operate, he says. “We will see longer production runs for fewer products, and that will bring an economy of scale that should theoretically help the whole industry,” adds Barnes.

Despite these fears, suppliers to the industry predict that it will continue to invest in automation technology.

PP Electrical, a small manufacturer that supplies control and automation systems primarily to the food packaging sector, last month announced it intended to increase sales by £3 million in 2015 and pass the significant milestone of £20 million turnover.

The company’s managing director Tony Hague says that there is a constant need in food manufacturing to improve the speed and accuracy of process lines, which means investment in automation will always be buoyant, even if the industry does struggle with the cost pressures identified by Barnes.

“If you haven’t got the fastest and most accurate systems you face a greater risk of contamination and a production line that is slower than your competitors,” says Hague.

However, although manufacturers may be investing in automation, they are still passing the relentless drive to reduce costs from their customers - the supermarkets - down the supply chain.

“We are able to provide modular solutions that can help bring down lead times,” says Hague.

“We are working with one large company at the moment that supplies the food industry and we are going to be able to reduce the electrical assembly time for each machine by 60%. That has enabled them to improve lead times and given more capacity in their factory to build more machines.”

Despite this positive outlook, however, Hague admits that much of his company’s growth has come as a result of demand not from the domestic or even European food processing market - it has come from across the pond, where low gas prices thanks to the shale revolution is driving a manufacturing boom in the US.

“In the last nine to 12 months we have been involved in more and more machinery exporting, particularly to the US as a result of a lot of reshoring activity that’s going on there,” he says.

Like food and drink, another process industry whose current fortunes can be best described as “a mixed bag” is the chemicals sector.

While some of the major petrochemicals manufacturers may currently be enjoying the boon of relatively cheap feedstocks, Chemical Business Association chief executive Peter Newport says these benefits are unlikely to feed through to his members, which are small and medium sized suppliers of chemical products. Most are experiencing growth in orders, thanks to the resurgence of vital end user markets like construction, but pressure on margins remain tight (see box below).

Small and medium sized chemicals manufacturers are experiencing stronger sales volumes and employment levels than they did five years ago, but there has been little improvement on profit margins, according to Chemical Business Association (CBA) chief executive Peter Newport. He says that throughout the recession many of his members benefitted from their smaller capacity as customers were buying chemical products in lower volumes from them, rather than from larger producers, and the challenge will be for his members to retain that market share as the economy returns to growth. In terms of sectors, the food & drink industry remained a consistent buyer of CBA members’ products throughout, while another important sector, construction “took a real hammering”. He says that the construction market is coming back now, which bodes well for the chemical industry as a whole. However, perhaps the most exciting prospect, says Newport, is the knock-on-effect of the EU’s Registration, Evaluation, Authorisation & restriction of CHemicals (REACH) regulations. REACH requires all manufacturers and importers of chemical substances to register the products with a central European Chemical Agency (ECHA), providing detailed data on the substances. The regulations first came into effect in June 2007, but has been introduced in phases, and currently applies to those producing or importing 1 tonne per annum or more of a product. In June 2018, the regulations will be extended to cover those producing or importing less than a tonne of a substance each year. “A lot of chemical imports come from emerging economies such as Brazil, India and China,” says Newport. “As REACH bites in 2018 that could rebalance things. We may see more chemical production come back to the EU, as firms outside the EU are not prepared to register details of their substances with the ECHA.”

While sectors like food and drink and chemicals are overall showing signs of growth, albeit relatively small, those working in the sectors are cautious about calling it a recovery.

Ironically, the opposite is true for pharmaceuticals: according to the most recent IoP it was the only process sector to score lower on the index than this time last year, but despite this, its industry representatives were the most upbeat of any that Process Engineering spoke to.

Hopley identifies pharmaceuticals’ struggles as partly to do with the expiring of patents for major blockbuster drugs, meaning revenues that were locked into the UK economy have now dispersed worldwide as generic manufacturers began producing medicines previously only produced by the likes of GlaxoSmithKline.

However, Association of the British Pharmaceutical Industry (ABPI) project director James Christie brushes this off as a thing of the past, with the UK pharmaceutical industry now buoyed by exciting developments in research and manufacturing, combined with a favourable fiscal environment thanks to government incentives such as the Patent Box (see box below).

The exciting developments that Christie speaks of, though, are likely to be several years in the making. In the meantime, manufacturing as a share of UK GDP looks like it may well shrink over the next year.

Osborne’s “march of the makers” has barely taken its first step, and already it seems to be going backwards.

The pharmaceutical industry is undergoing a metamorphosis both in terms of the medicines it produces and its manufacturing process. With the expiry of the patents of several blockbuster drugs, the industry has struggled in recent years. However, Association of the British Pharmaceutical Industry (ABPI) project director James Christie says that the shift away from conventional small molecule pharmaceuticals to biological drugs is well under way, and thanks to fiscal incentives such as the Patent Box - which lowers the corporation tax on profits related to certain UK or European patents from 25% to 10% - the industry will soon return to growth. “The sector is moving towards a 50-50 split between small molecular and biologic products,” says Christie. “It was 70-30 in favour of small molecular, but will reverse to eventually become 30-70. At the same time, as we work in these new areas, there is an upsurge in collaboration – that’s one of the reasons ABPI set up the Medicines Manufacturing Industry Partnership (MMIP) with the BioIndustry Association (BIA). We want to create an attractive and innovation-rich environment in medicines manufacturing.” Christie said innovation was clearly being supported by Government through investment in the Cell Therapy Catapult centre, and that thanks to this and fiscal incentives such as the Patent Box, the UK now leads the world in cell and gene therapy. In addition to new products, new methods of manufacturing are also emerging – elements of the biological production processes, such as disposable equipment, are now crossing over into small molecular production, and some manufacturers are even considering shared production facilities in order to minimise overheads and improve collaboration. “I think there’s a realisation that the days of 10 years ago when money was no object and you would build a new plant just for one new blockbuster drug, those days are gone,” says Christie. “We are now seeing a more collaborative approach to programmes as we move away from blockbuster drugs to more personalised medicines.”