Patrick Raleigh reports from the ACE conference in Manchester, where a wireless challenge was thrown down to the ’stuck-in-the-mud’ power industry 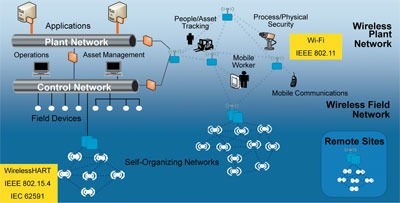 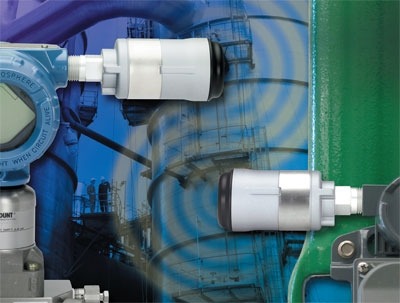 Robin Harvey, Yokogawa’s UK business development manager, power industry, injected some much needed sting into a panel discussion at the recent Automation and Control for Energy (ACE) conference in Manchester, UK, when he challenged the power industry over its seeming reluctance to adopt new and even not-so-new control and instrumentation (C&I) technologies.

While other industries are now talking about wireless, the power industry is still coming to terms with digital networks, Harvey told the discussion on C&I trends at the ACE event, which attracted engineers from power companies such as SSE, ScottishPower, Drax Power, GDF Suez and E.ON UK Generation.

“I find the power industry very, very conservative in their approach to new technologies in the C&I world, very risk averse [compared with] the other industries,” said Harvey, who has worked in the power generation industry for the past four years after many years in oil and gas, and petrochemicals.

“In my experience, [the power industry] has been very slow to embrace the concept of fieldbus and prefer the conventional 4-20 milliamp [technology],” added the Yokogawa manager, who linked the issue to a lack of relevant skills even at large players such as RWE and ScottishPower.

“Their technicians are very familiar with 4-20mA, but the step to digital networks they find a bit daunting. I find this incredible, because this is not a new technology,” Harvey emphasised. “It’s mature, been out there 15-20 years and there are plenty of training courses available to the instrumentation people on how to deal with digital networks.”

Harvey’s comments drew a sharp response from ACE delegates, as typified by one C&I engineer, Andy Scott from Scottish & Southern Energy, who jokingly introduced himself as working for “a fairly Luddite power industry company”.

“I am intrigued to know where you think the skills of the C&I engineer fit into this,” he said. “We are asked to do process control, we are now asked to do wireless management, network management, routing, switching, firewalling. These skills are in very short supply.

Another, who self-confessed to being “one of the power station guys who are really stuck in the mud”, highlighted how power generation presented particular challenges for digital field communication technologies, particularly wireless.

“We have steelwork everywhere,” he said, “and quite intense data collection requirements. For example, if I think about boiler thermocouples, we have easily got 200 or 300 thermocouples all in one place.

“It is just as easy to put wires in. If you want additional [monitoring] for example, a shower monitor or other field peripherals, yes, there is scope for that. But in the core of our process, one thing we would never ever do is closed loop control.

“So yes we are reticent, in one sense lost in our world, and we do need to consider these things. But I think it is a right defensive attitude and I don’t think we are switching off to it [wireless].”

For Gary Wedge, UK business development manager, modular control solutions at Honeywell, on the top panel, the discussion highlighted how the vendors must do all the design work up front in order to ensure ease of connectivity and ease of use for operators.

“You have to understand what are the applications, the solutions and what are the skill levels required to do that,” Wedge explained. “And I also agree that I would not be looking towards a C&I engineer’s knowledge and expertise for a system to, for example, monitor the security, that’s a different skill level. You have to match those up appropriately, as well.”

Also on the panel, Roel Mulder, director system migration and modernisation Europe, Emerson Process Management, said C&I engineers must be able to deal with digital technologies: “Today we have to accept that all new field instrumentation is digital,” he said. “There is not a single analogue instrument any more that you can buy on the market.”

Mulder added: “Everything has a microprocessor and how you move the data from A to B can be done with wired, wireless or 4-20 milliamp, but still, also, a frequency-superimposed signal on top of that communicates digitally. So the digital skills in our real world have to be developed. We can’t ignore that.”
According to Wim van Meijeren, team lead, control systems, NAM, Shell Upstream International, changing from classical HART to fieldbus requires considerable engineering effort.

Classical 4-20mA technology, he said, is quite convenient as you don’t have to look for scan rates any more; you can just put it together.
“What we require in our discipline is not only control and automation,” van Meijeren suggested, “but also people who are focused on IT technology within a real-time environment.

“You cannot walk away [from that] and currently it is insufficient. It is a different [requirement] from the normal IT systems because you have to take account of the real-time aspects and the cyber security aspects.”

“Are suppliers trying to move clients to a world of disposable control systems?,” Andy Till, BP, UK project manager, automation, asked during the panel discussion on industry trends at the recent Automation and Control for Energy (ACE) conference in Manchester, UK

Noting that only last year he had to change out the HMI on a system put in back in 1983, but was now being told that HMIs have to be changed out every five years, Till also asked: “who is driving this trend?”

Form the top panel, Gary Wedge, Honeywell’s UK business development manager, modular control solutions, pointed to the computer operating systems suppliers: “If you roll back the clock, and think about Unix, Windows NT etc, you see that the actual lifecycle of those operating platforms becomes less and less.

“Like other vendors, when we saw the release of Windows Vista, we acted very quickly to get our system to be compliant with Windows Vista and in less than 12 months it then became Windows 7.

“As alliance partners [with] Microsoft you work as closely as you possibly can, but what is key is that these operating systems are virtually replaced every two to three years.”