Turnarounds: All change in petrochemicals sector 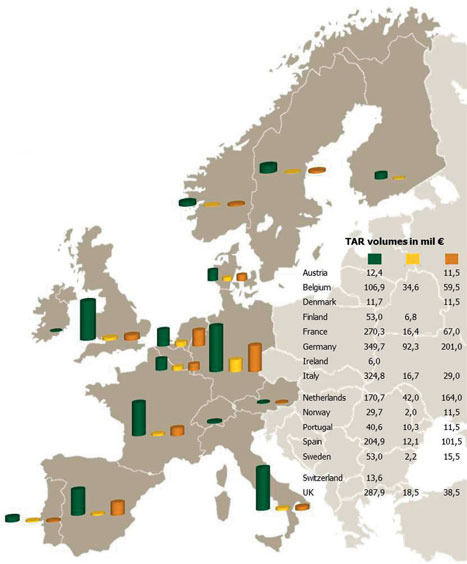 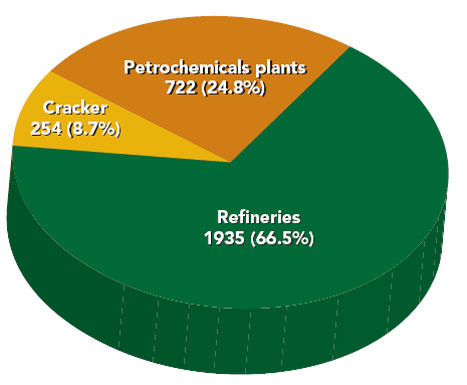 London — The west European petrochemical Industry is reckoned to spend around €3 billion a year on plant shutdown/turnaround (TAR) projects, which typically vary in costs between tens and hundreds of millions of euros, depending on the size and complexity of the facility.

The key demands in this market are to minimise downtime, as well as reduce TAR costs, while still being able to handle the complexity that often defines these projects. These aims are generally delivered by linking the capabilities of on-site plant personnel with the more specialised skills offered by external service providers, who carry out the bulk of the project work.

According to a new report from TA Cook, western European petrochemical producers are now moving towards company-wide co-ordination of these TAR activities, and away from relying on local resources to manage scheduled overhauls.

In TA Cook’s study of 86 refineries, 25 olefin plants, 62 petrochemical plants and more than 450 technical service providers in the region, 84% f experts interviewed expected skilled TAR personnel to be increasingly employed across multiple sites in future. Given such changes, 74% of respondents believed TAR service providers would have to extend their geographic area of operation to remain competitive.

National decline
“The local business model that is currently used by 7% of service providers will be extinct in five years,” said TA Cook head of studies Mateus Siwek.

“Similarly, the proportion of turnaround contractors offering services on a national scale is forecast to decline from 19% to 6%, while international-scale service providers will increase from 22% to 37%,” added Siwek. “Service providers that do not follow this trend will struggle to be employed as general contractors.”

Behind these trends is a need to provide core competencies on different sites, which are currently losing on-site TAR skills due to extended periods between turnarounds and continuous outsourcing.

Siwek explains that the reasons for plant operators to outsource TAR tasks are diverse: “On the one hand, longer periods between TARs do not provide enough work to occupy TAR personnel full time.

“On the other hand, the plan to employ plant-own workers cross-site is difficult to deploy: workers operating on multinational sites must be willing and able to travel a lot and hurdle the language barrier, which makes flexibility and good education the key to success for young workers to get into the business.”

The TA Cook expert, however, believes that plant operators and service providers will both find new opportunities in this changed environment.
“International contractors will have better chances to forge long-term relationships with multinational clients,” he said. “This offers higher turnovers, while plant operators will benefit from fierce service provider competition on price and performance.”

Siwek believes this perceived skill shortage might only be significant in TAR peak seasons.

“Considering the number of skilled personnel at the biggest TAR service providers, manpower is not that scarce,” he said. “But even if there are enough workers on the market, service providers are always looking for the best ones as highly qualified workers are always needed, especially now as plant operators plan to reduce their own TAR personnel and outsource their TAR tasks even more in future.”

The analyst went on to highlight a need for greater co-operation between external and internal workers. Both competencies are necessary, the plant knowledge of internal plant workers and the external knowledge to complement the missing skills, he said.

As shorter downtimes and more projects increase the risks for shutdowns, Siwek said: “Service providers must be willing to bear more responsibility in order to win contracts and be able to conduct maintenance work as well as projects. This is only possible if staff are able to face these challenges.

“In future, plant operators and service providers will need to change their collaboration. If this works out, these circumstances will offer chances for business enhancement for both sides.”

When fire broke out at the Bacton gas plant in Norfolk in early 2008, the price of brent crude oil jumped to more than $100 a barrel such was the importance of the plant to the UK’s import of gas.

The incident highlighted the need for the oil and gas industry to embrace a new safety culture, including having appropriate protection in place to safeguard process-critical software assets.

Data-storage protection can make the difference between business as usual and full-blown disaster. However, research shows that up to 90% of UK companies have no secure back-up for protecting these hidden assets.

Floppy disks, CDs and the like are not reliable mediums for long-term storage, especially in an industrial or process environment, notes Sam Mackay, CEO, Asset Guardian Solutions, which supplies software to address these issues.

“OE manufacturers and systems integrators do not always routinely retain copies of all the software they supply to companies on systems handover,” said Mackay.

Moreover, responsibility for software security is rarely assigned to a specific manager until disaster strikes, the industry expert pointed out.
“As more companies within high-value, high-production industries rely on software-based control systems and devices, they also increase the risks associated with not protecting these systems correctly.

“Many of these businesses face the challenge of recovering from plant failure caused by system difficulties, resulting in anything from a few hours downtime on a single system to complete plant shutdown.”

According to Mackay, his company’s Asset Guardian product provides a secure, centralised means of managing and reporting on configuration change, software revision status, fault logging and system installed bypasses. It can, he adds, store any type of software and also manage it.

Among recent applications for Asset Guardian’s technology, Mackay points out how Technip UK and BP have used the software as part of their efforts to protect their critical assets and ensure compliance with an ever-growing list of regulations, directives and best practices.

Technip has installed Asset Guardian on both its pipelay vessel Deep Blue and new dive support vessel Skandi Arctic the first ship to have a computer-controlled diving system.

A satellite broadband connection, security control and Aberdeen-based servers all mean that the onshore engineers have central access to all the data on board the vessels. Additional licences have also been purchased to allow Technip to roll this out across the remainder of its fleet.

The central configuration management and database system provided is central to maintaining accuracy of information in Technip’s offshore work environment.

Asset Guardian meets these needs by enabling information to be updated simultaneously both offshore and onshore, giving them real-time visibility of the data. It also complies with important IEC standards 61508 and 61511.

BP’s most recent implementation of the software took place during the conversion of an oil tanker to an FPSO vessel. The completed vessel, which refines the oil as it is being transported, has a storage capacity of 1.6 million bbl and is used to explore ultra-deepwater fields.

Implementing the software during the commissioning phase of this project allows the knowledge gained during this critical stage to continue to be of use during the entire lifespan of field operations.