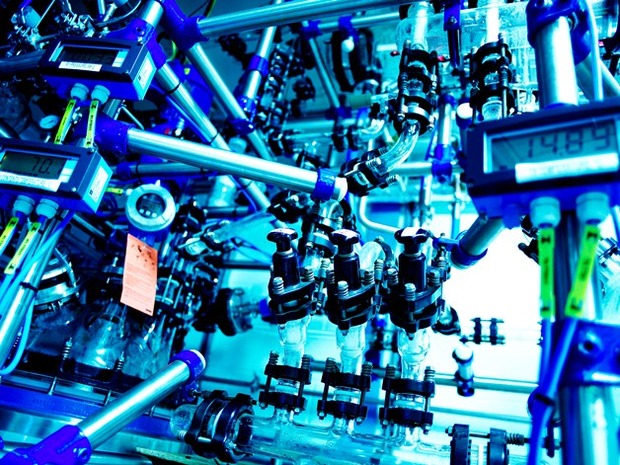 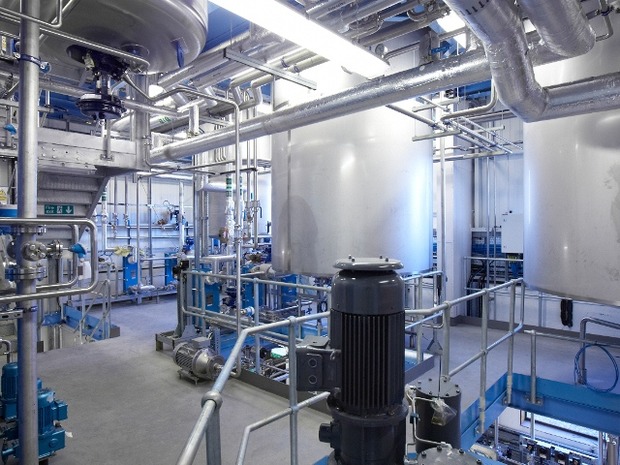 Sitting in the corner of an engineering lab at Leicester University is a huge beast of a machine- once striking in its impressive stature and capabilities, yet now covered in dust and overlooked by researchers.

“This is a triaxial testing machine,” said Dr Csab Sinka, the architect of the system. “It’s a unique facility that can test cylindrical powder samples for pressures of up to 700 MP…that’s a huge amount.”

Its use in powder compaction could help deliver real insights for a wide range of industries from food and beverage to pharmaceutical. Despite its capacity, however, funding has dried up and the facility has been redundant for over two years.

Close to the triaxial machine two PhD students are immersed in investigating the breakage patterns of tablets. A large part of their work is provided by companies who pay a fee for the testing services of the University. The view is that this work is a necessary component to fund more fundamental research.

“They are businesses at the end of the day,” said Sinka. “They make use of research when they need it. A company wouldn’t invest thousands of pounds on compaction research unless they had a pretty good gut feeling that it would give them a tool to save money…in the bigger picture of what we do, it’s neither here nor there.”

A joined up approach to innovation

But not everyone agrees. Graeme Philp, chief executive of process industry body GAMBICA, believes applied research, with obvious commercial value, doesn’t have the priority it should in the UK. “A lot of research in the process industries needs to be applied research,” he said. “We need universities to be able to do this rather than fundamental research and still progress the career of academics.”

The on-going debate about the importance of both types of research has picked up momentum in recent years. Pressure to increase energy efficiency, develop new products and use better materials is advancing technology in the sector. But financial constraints and the difficulties of introducing innovation are highlighting just how important it is for government, industry and universities to work together.

“One thing we’ve been calling for is a joined up industrial policy that would have innovation at its heart,” said Simon Marsh, employment and communications director at the Chemical Industries Association (CIA). “Signed up to this, in our wishful thinking, would be the government, universities, banks, businesses- all of the stakeholders, which would in our view, bring together a lot of the issues. When you look at investors into the UK from overseas, the absence of that policy to them is glaring.”

The government has long recognised a gap between fundamental research and commercialisation. However, according to its own advisors, the UK’s track record in attempting to bridge this gap has been poor. For instance, the Faraday Partnership model, established in the 1990s, was designed to help small to medium sized companies commercially develop key technologies. The initiative received a low level of industry support and was generally regarded as unsuccessful.

This was followed in 2004 by the Knowledge Transfer Networks (KTNs) and more recently, the government has established Technology and Innovation Centres (TICs). The idea is that TICs will follow the German Fraunhofer model where the state provides one third of the funding for independent research. The other two thirds will come from EU programmes and commercial contracts for research that has more immediate benefits to the economy.

For the process industries, this money could provide much needed support at a time when innovation is desperately needed. But the sector faces its own unique challenges that funding alone won’t solve, claims Chris Reynolds, who works on innovation at the CIA.

“One of the fundamental differences is it is slower to be able to innovate if you’ve got a continuous process,” he said. “Some companies don’t stop a production process for 18 months. They will have to all the maintenance issues they would have to do in a two week period. Companies must therefore plan innovation over a much longer time scale.”

This means greater risk- a factor that the process industries, given their long lead times, need to avoid. “If you’re going to be innovative you need to plan all through your research stages, your scale-up stages, then go on to the live situation,” said Reynolds. ”You have to plan that possibly from a decade before and at the same time you’re probably not going to know that someone else will beat you to the finishing post.”

Adversity to risk is recognised as one of the major barriers to research and in 2004, the Centre for Process Innovation (CPI) was set up to address this. The CPI has six areas of work- thermal technologies, printable electronics, industrial biotechnology, smart chemistry, anaerobic digestion and sustainable engineering- all with the aim of increasing the technology readiness level of technology.

The group’s smart chemistry facility, for instance, has novel mixing and reaction technologies that improve chemical processes. It converts batch processes to continuous processes and helps the scale-up of research. Similarly, CPI works with partners to develop alternatives to traditional chemical processing. As part of its open access industrial biotechnology facilities it can take processes from laboratory to 10,000 litre pilot production.

Meanwhile, the government has developed its own schemes for encouraging innovation in the right areas. One example of this is the feed-in-tariff scheme whereby businesses can claim cash back on any electricity generated from an eligible renewable or low carbon source. But according to Reynolds, Whitehall hasn’t quite got this right. He claims the scheme hasn’t taken into account the time scales that the process industry needs.

“What happens is the company goes to the bank and says we’d like to borrow 10 million to buy a biomass plant and the bank says we’ll only lend you the money if you’ve got a guarantee of getting the incentive from the renewable scheme,” said Reynolds. “Companies can’t get this guarantee…you end up in a vicious circle where you can’t get access to the lending and you can’t get access to the incentive. It just doesn’t work.”

haw warns against painting too bleak a picture of innovation in the UK. While there are areas were a joined up effort on innovation in the process industries is clearly lacking, the country still has an enviable research base. “We’re proud of a lot of the innovation that is happening in this country,” he said. “There are some things that could be done that can make it even better. Amongst the things we’d be looking at is a clear direction to universities on the kind of issues they are working on.”

Even the Fraunhofer model of research that the government is aspiring to has its difficulties. As one Aachen University researcher pointed out at a recent conference, the process industry will always tend to be conservative. His difficulty in finding a commercial partner to exploit a new membrane technology, he said, shows that communication between academia and industry is a global problem.

As energy efficiency, financial constraints and increased global competition take their toll, however, the UK process industries will need to find better ways to incorporate research and overcome barriers to innovation. While this won’t be easy, Reynolds sees signs that it is already happening, “Companies have become more innovative about innovation…we need to continue this trend.”

One programme to benefit from research at the Centre for Process Innovation pan-European NanoHex project. It is one of the world’s largest collaborative projects for the research and development of nanofluid coolants and comprises of 11 leading European companies.

Efficient removal of heat is one of the top challenges facing a number of industries, including microelectronics, transportation, manufacturing and power generation. With existing cooling technologies reaching their limit, innovative and more efficient cooling technologies are needed to support technological development and reduce the impact such technologies have on the environment.

The nanofluid developed will be applied in demonstrative cooling systems for both Data Centres and Power Electronic components to illustrate how nanofluid may help to extend product reliability, reduce energy consumption, lower operating costs, cut carbon emissions, and ultimately, enable the development of more sustainable products and processes within industry.

The Technology Strategy Board (TSB) is to invest up to £5m in feasibility projects and collaborative research and development to encourage the development and commercialisation of innovative approaches to sustainable manufacturing in the process industry.

As part of this investment, it was recently announced that seven companies will each receive up to £75,000 government funding to carry out feasibility studies in this area.

Malcolm Hannaby, lead technologist of high value manufacturing at the TSB, said: “The general public isn’t always as well informed about the process industry as it needs to me. The industry is actually very good at saving energy rather than creating CO2.

“We’ve got a whole host of projects we want to support and one area we’re keen to develop is taking batch process and making them into continuous processes.”

The feasibility studies will be carried out by CCm Research, the Centre for Process Innovation, Crown Packaging UK, Fine Organics, Minus Engineering, Robinson Brothers and Victrex.