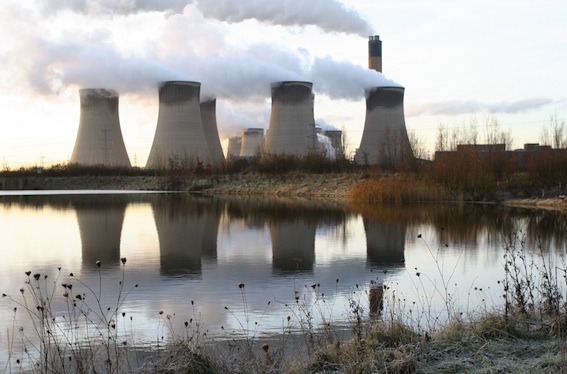 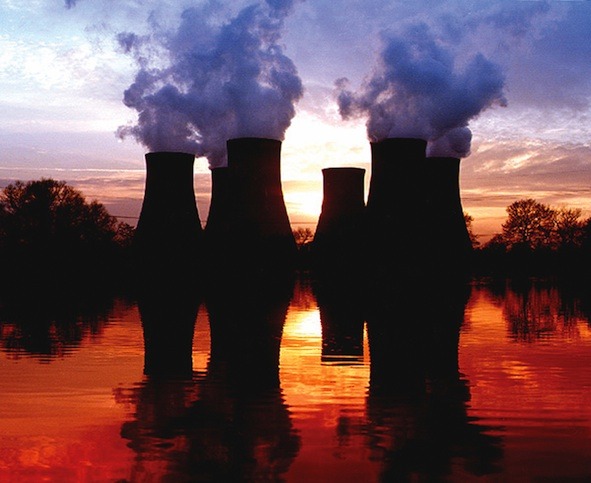 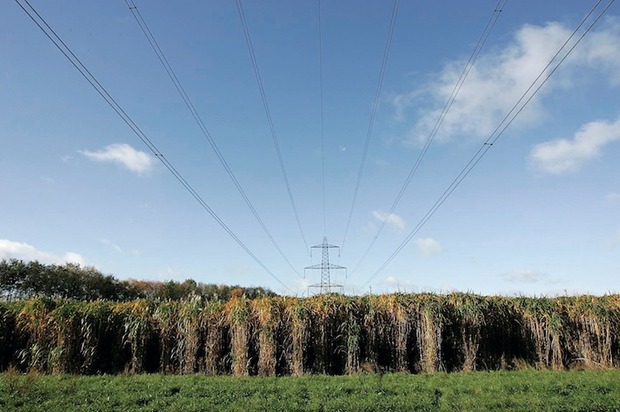 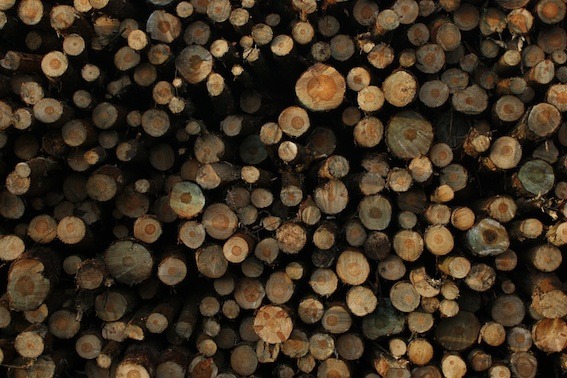 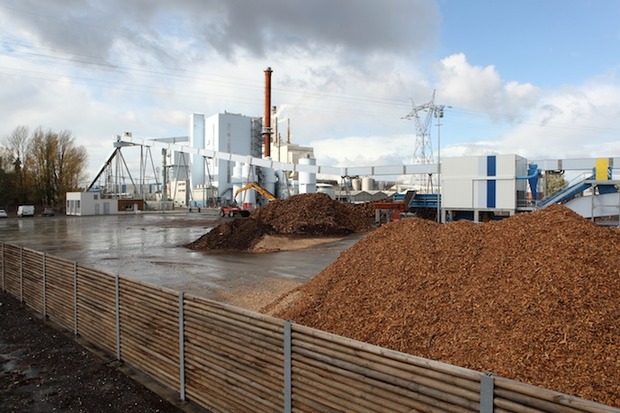 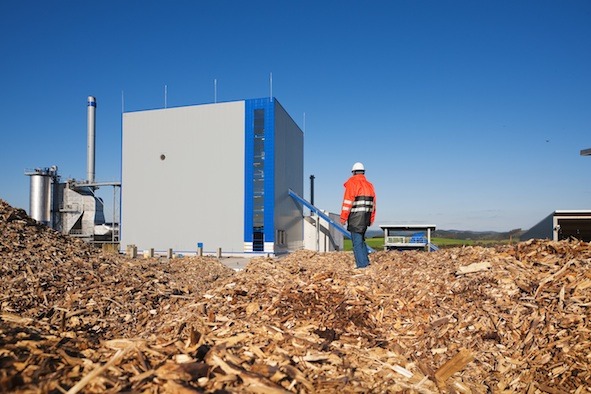 ?Biomass, humankind’s oldest source of energy, is once again being looked upon as a solution to the world’s growing energy needs. The EU has indicated that the use of biomass will double over the next few years, and will be responsible for around half of the total effort in reaching its 20% renewable energy target by 2020.

As part of attempts to do this, coal-powered plants up and down the country are undergoing a conversion to burn renewable biomaterials. Many UK engineers are closely involved in these activities, but the success and safety of these projects often requires them to adapt existing process technologies to meet what can be a deceptively different set of requirements.

Perhaps the most ambitious biomass project in the UK is Drax’s plans to convert the 4,000MW power station in Yorkshire to burn predominantly biomass. Drax already has a co-firing capacity of 500MW at the site - though it is currently generating only 40-60% of this due to regulatory constraints.

Drax chief executive Dorothy Thompson believes that the Yorkshire power plant could be mostly converted from coal to sustainable biomass.

Under the new UK Renewables Obligation rules, 1.0 ROC/MWh will be awarded for generating units that are fully converted to burn biomass from April 2013. Based on these support levels, Drax chief executive Dorothy Thompson believes that the Yorkshire power plant, which generates 7% of the UK power supply, could be mostly converted from coal to sustainable biomass.

?Within approximatley five years Drax could become a predominantly biomass fuelled plant…initially we expect to convert three of our six generating units

But the technical challenges to achieve this are huge and until relatively recently full conversion was not thought to be feasible. Following several successful large-scale projects two approaches have emerged to achieve biomass conversion; the direct injection of pre-milled biomass into the existing coal firing system; or the conversion of the coal mill to biomass pellet firing.

According to one industry expert, most biomass materials now being utilised for the 100% conversion projects comprise of high grade pelletised sawdust, with low ash, sulphur, chlorine and nitrogen contents. These materials have ash fusion temperatures similar to those of most bituminous coals to minimise the risks of excessive ash deposition on boiler surfaces.

1.0 ROC/MWh will be awarded to generating units that are fully converted to burn biomass from April 2013

However, there remain a number of safety issues in the milling of biomass. For instance, the diversity of biomass materials means that some may have high volatile matter content and combustible volatiles can be released at much lower temperatures than for bituminous coals. As a result mill inlet temperatures must be controlled in order to prevent the release of volatile materials that can lead to explosions and mill fires.

While declining to comment on the process, Drax claims to have overcome many of these issues. In the group’s recent unit combustion trials, a single generating unit operated successfully on a fully converted basis for a sustained period. According to Thompson, the results of this confirm that Drax can be converted to burn biomass. “We believe that within approximately five years Drax could become a predominantly biomass fuelled plant,” she said. “Initially we expect to convert three of our six generating units.”

Issues with burning biomass are not limited to turbine areas, as highlighted by an Achema 2012 briefing paper. The report noted that the challenges begin with handling aspects that are closely related to the very nature of biomass.

?Issues are not limited to the turbine areas…challenges begin with handling aspects that are closely related to the very nature of biomass

“Large quantities have to be harvested, transported and processed,” said the report. “Diversity is another issue which needs to be addressed. The term biomass extends beyond dry bulk solids such as corn and wood chips to include high-viscosity liquids like sewage sludge and liquid manure…Given this level of diversity, different techniques are needed to move the biomass to the intended destination.”

?The need to be very careful is not limited to dry biomass. Strict building and water management regulations apply to the storage of commercial liquid manure to ensure that overflowing or escaping liquid manure is not released into the sewage system or, even worse, into the ground water.

Following conversion of biomass, the products are normally highly diluted, often in the form of complex mixtures which contain substances that are very similar to each other. The products also contain various residues and waste products.

Fermentation solutions, cell cultures and plant extracts are typical examples. One of the major challenges that still has to be overcome is developing systems for product purification to meet chemical standards.

Storing biomass, such as wood pellets, can present unexpected difficulties, as evidenced by the recent fire at Tilbury Power Station. Tilbury station began full operation in 1969 as a coal-fired power station with the capacity to generate 1,131MW of electricity for the National Grid. In early 2011, RWE gained permits to convert all three of the power station’s units to generate power from 100% sustainable biomass.

Storing biomass, such as wood pellets, can present unexpected difficulties.

On the morning of Monday 27 February, a severe fire broke out at the Tilbury site in Essex to the east of Tilbury Docks on the River Thames. Over 120 firefighters fought the blaze which started in a storage area containing 4,000 tonnes of wood pellets.

RWE’s investigation team concluded that a number of relatively minor events had combined to cause the fire, which had developed from a localised smouldering incident. When wood pellets in neighbouring hoppers were moved, significant air drafts were created.

The increased levels of oxygen, it said, probably caused the ignition of the smouldering dust despite fire suppressant foam having been used to cap the affected areas. “Although it has not been possible to definitively identify the mechanism for the escalation, this is considered to be the most likely cause,” said RWE.

?The conversion of Tilbury Power Station created the world’s largest dedicated biomass plant, and, as the first of its kind, it was likely to expose new challenges

According to the Achema report, biomass has to be stored between delivery and industrial processing. Spontaneous ignition has been a recurring problem with wood chips. The problem is caused by microbial decomposition in the wood. Poor heat conductivity in the bulk materials tends to catalyse the process, often producing smouldering or even open flames.

Besides chemical oxidation reactions which are the largest exothermic factor in the overall process, the German Materials Research and Testing Agency (BAM) has pointed out that physical and microbiological processes play a part in bulk biomass heat management. The information has been published in the Agency’s biomass storage fire prevention guidelines. For example, water adsorption on the surface of relatively dry solids raises the temperature when adsorption heat is released.

Uncertainty over the success of converting existing coal-powered plants has risks for the Government’s subsidy scheme. “The scheme is partly dictated by how much conversion will happen in the following year,” said Paul Thompson, head of policy at the Renewable Energy Association. “If the Government estimates too low, then the entire subsidy mechanism stops working. If it estimates too high consumers end up paying too much, so there is a legitimate concern.”

Back at Tilbury Power Station, RWE is continuing to study lessons learnt from the fire and said it will share all of its key findings with the wider industry in due course. Perhaps significantly, the power company commented: “The conversion of Tilbury Power Station created the world’s largest dedicated biomass plant and, as the first of its kind, it was likely to expose new challenges.”

Despite these challenges, the benefits of converting coal-powered plants to biomass are huge. Biomass conversion has the potential to rapidly bring renewable power on stream in the UK, and with the country’s engineering expertise paving the way, the rest of the world could soon follow.