This summer will be the busiest for major sporting events since the London 2012 Olympics. John McKenna and Robert Smith investigate the processes helping to make the difference between failure and success. 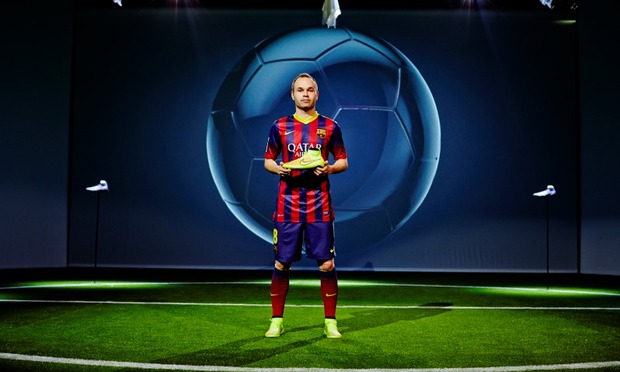 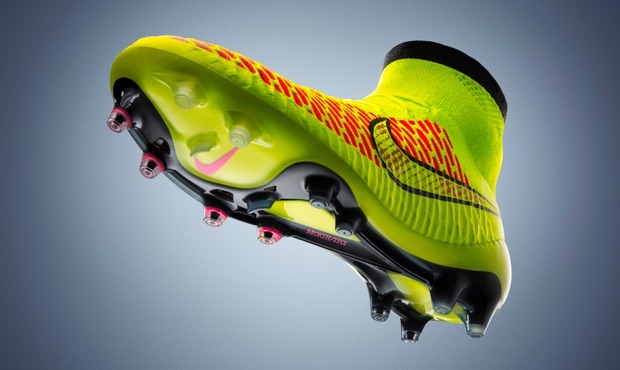 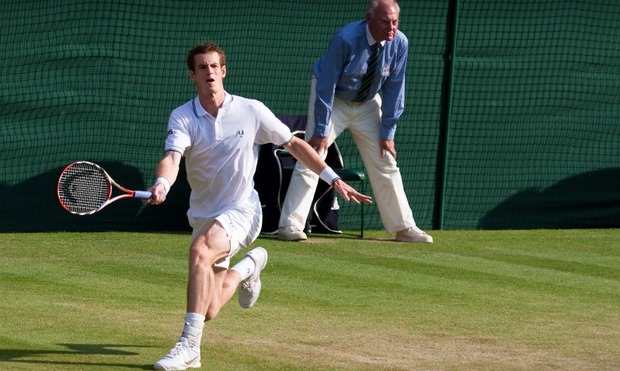 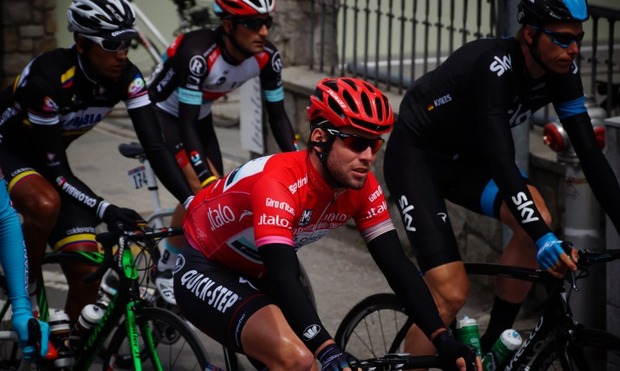 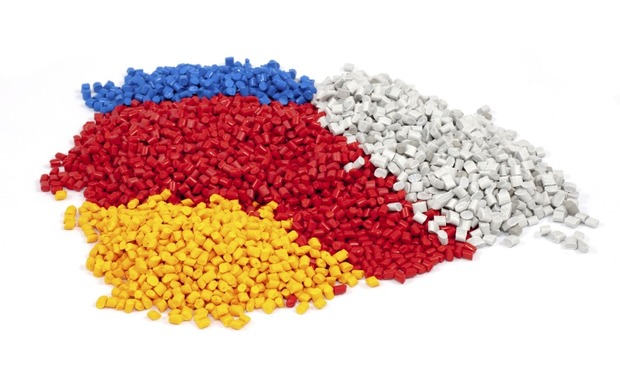 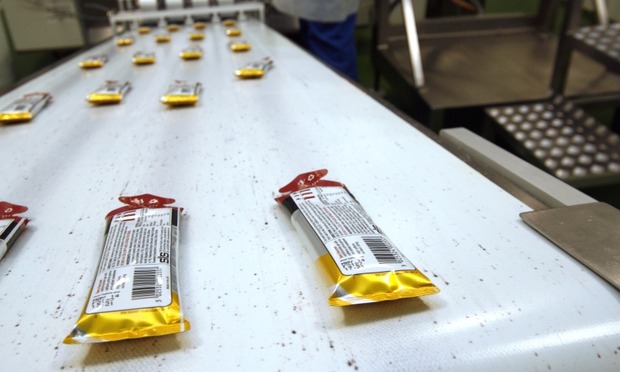 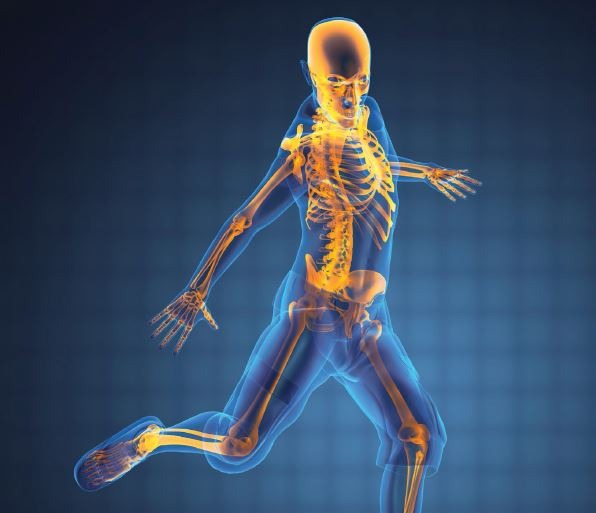 As summers go, this one will be a pretty big one for sport fans. Later this month Brazil will play host to the FIFA World Cup, the world’s largest sporting event in terms of TV viewers.

Then in July, Yorkshire will be the start line for the Tour de France, the world’s largest spectator event, with between 2-3 million cycling fans lining the route of the three-week race.

Sandwiched in between these two is the quintessential English summer experience of tennis at Wimbledon.

As sporting prizes, sponsorships and TV revenues rise forever upwards, the pressure to win becomes ever greater. And when the pressure is on, more often than not sports men and women turn to science, and in particular chemistry, provide the winning solution.

Over the next few pages Process Engineering takes you behind just three of the processes likely to make a difference to footballers, cyclists and tennis players over the next few weeks.

What do Andy Murray, Sir Chris Hoy and the Liverpool football team all have in common?

Well, apart from being elite athletes, they all use drinks and gels produced by UK firm Science in Sport (SiS).

SiS’ product range includes energy gels packed with carbohydrates for endurance athletes, such as the cyclists on the Tour de France, and protein recovery shakes designed to help muscles repair themselves more effectively.

Quality is key – both in terms of providing athletes with the performance they need, and protecting their reputations

Gels and drink powders are made at SiS’s factory in the Lancashire mill town of Nelson. As food processing lines go, it is a fairly simple facility: product recipes are measured out and mixed by hand, then moved manually through each stage of the process.

Automation only really kicks in at the packaging lines, where energy gels are fed into a four-lane packing machine, capable of producing 20 million gels per year.

There is also an energy bar packaging line capable of producing 1.5-2 million bars each year, while powders for energy and recovery drinks are fed into hoppers to either fill bottles, tubs, or sachets.

British cyclist and 2011 world road race champion Mark Cavendish is a shareholder and works with the firm to develop new product.

This close-working with sportsmen has led others to use SiS products without sponsorship: at Wimbledon if you see Andy Murray using an SiS product, it is not because the company pays him to do so.

“He buys the products out of his own pocket, because he likes them, which is great for us,” says SiS new product manager Luke Heeney.

While much of the product development work is done in an onsite lab around areas such as flavouring, the company has also sponsored a number of in-depth research projects.

Most notably, last year it secured a £72,000 grant from the Technology Strategy Board to help fund a £120,000 project with one of its dairy suppliers investigating the effects that the processing of whey protein has on amino acids.

SiS uses whey protein in its recovery products for its muscle repair qualities, and Heeney says it is important to understand whether any of the processes used are damaging the amino acids, and therefore the structure of the protein.

The same attention to detail at the molecular level is also paid to the key ingredient in SiS’ energy drinks and gels, which is the complex carbohydrate maltodextrin.

This starch-derived glucose polymer is prevalent in the majority of sports energy drink and gels in the marketplace due to its low cost and high Glycaemic Index (GI) rating, ensuring a rapid energy release.

However, says Heeney “not all maltodextrins are equal”. The variability of the molecular weight of maltodextrins affects how easily and quickly they can be digested and absorbed into the bloodstream.

“We buy against a particular molecular weight,” says Heeney.

“That specific molecular weight combined with the amount we use gives us a gel that is isotonic. The variety in molecular weight makes a difference to the tonicity of the gel – it’s the difference between it being hypotonic, isontonic or hypertonic. Making it isotonic means you don’t need water to digest it; it will empty from the stomach by itself.”

SiS buys its maltodextrin from food processing giant Cargill, ordering wheat crops that will be used for the glucose polymer a year ahead.

It specifies the molecular weight and relies on Cargill to deliver this. As part of SiS’s quality control process, batch samples are tested for their tonicity.

Quality control is not only important for SiS in terms of ensuring a product does what it says on the tin – it is also critical to ensuring that in a sporting world on high alert for doping, SiS’s products avoid being contaminated with banned substances.

“Quality is key – both in terms of providing athletes with the performance they need, and protecting their reputations,” says Heeney.

“We want to minimise the risk of banned substance contamination.”

To do this, all SiS’ products are subjected to the rigours of the Informed Sport certification programme, run by life sciences giant LGC.

Samples of every batch of the 100 ingredients that SiS uses in its product range are sent off to Informed Sport, which uses liquid and gas chromatography coupled with mass spectrometric detection to be able to detect contaminants at the level of one nanogram per gram.

“That’s the equivalent of a teaspoon of water in an Olympic swimming pool, or one second in 30 years,” adds Heeney.

In addition to the laboratory testing of samples “[LGC] will come a number of times at short notice”.

“They will swab the manufacturing line or any of the workspaces to check they are free from contamination. Informed Sport also buys samples blind in the marketplace and check those as a third stage. Nobody says their product is banned substance-free, but those three steps of testing give us around 1,000 times risk reduction.”

During April, Nike launched the latest instalment in its series of high-profile sports adverts. With the 2014 World Cup in Brazil nearly upon us, the advert unsurprisingly focused on football and the launch of Nike’s new Magista Obra FG football boots.

It’s a very elastic material, which is often referred to as ‘spring-back material’

The boots, which will be worn by players such as England’s Wayne Rooney, Spain’s Andres Iniesta (pictured) and Brazil’s David Luiz, are designed to dramatically enhance a player’s control of the ball.

French chemicals company Arkema was tasked with providing a Pebax Nylon plate for use within the sole of the Magista boot.

According to Nike, the Pebax plate offers improved traction and “allows for flex and increased movement” of the foot.

Pebax, which stands for polyether block amide, is a block polymer based on the bioplastic polyamide 11, a derivative of castor oil. It can be manipulated to offer varying levels of rigidity, dependent on application.

“The idea is to have a polymer which is made of stiff blocks, which are polyamide, and soft blocks which are made from polyether,” says Arkema’s Pebax business manager Guido Dona.

According to Dona, a vital quality of Pebax, especially in the case of Nike’s Magista boot, is its energy return capability.

“It’s a very elastic material, which is often referred to as ‘spring-back material’,” Dona says.

“If you have a bar made of this polymer, you hit it and immediately it comes back to its initial shape. It is designed to give back all of the energy without dissipation of it. The soft blocks are also playing the role of a kind of intrinsic impact modifier. Specifically it means that you have a very high shock resistance.”

Although Pebax was initially created for use within the sporting industry, in items such as football and skiing boots, its very high fatigue-resistance threshold has led to industrial applications as well.

“You can bend it as many times as you want and it doesn’t break,” adds Donna.

“You would see it in a manufacturing plant which uses robotic equipment and automation machinery, for example. Any kind of machinery movement, requiring flexible parts, Pebax can be used because of its long-term, fatigue-resistance capabilities.”

DuPont’s Kevlar brand has a hard summer ahead as cyclists in the Tour de France look to make the most of its advanced safety characteristics.

The Kevlar business, and the material that is actually branded “Kevlar”, is part of an advanced materials portfolio within DuPont that is most commonly associated with ballistic body armour and bullet-proof vests.

Kevlar’s crystalline structure is what enables the strength, the vibration dampening, the deformation without breakage and the ductile form of failure [not found] in carbon or fibreglass

Kevlar is a textile used in almost all applications where performance and safety are crucial and is renowned for being lightweight, strong and flame-resistant. It is produced from an aromatic polyamide (aramid) fibre.

“It is in the same family as Nylon but the difference versus other polyamides is that it is high strength and has high flame resistance properties,” says Bill Weber, vice president of DuPont’s Kevlar business.

“Kevlar aramid requires different processing, and one of the differences for how this product is manufactured versus the many other industrial yarns is that the polymer itself is insoluble in conventional solvents. It can be dissolved in strong acids such as concentrated sulphuric acid, and then it forms a liquid crystalline structure and forms the uniqueness of Kevlar aramid. From that, the solution is spun into fibres and those fibres are typically put into a drawing process where you orient the crystals so that you get really high-strength fibre.”

Since its inception almost 50 years ago, the chemistry behind the production of Kevlar hasn’t changed, but advances in the process and process control equipment have led to improved product consistency, leading to developments such as the ability to change the fibre’s natural yellow colour to suit sporting brands.

It has also enabled the production of finer deniers, made more efficiently.

DuPont produces Kevlar at different deniers because subtle differences in structure are able to impact the degree of stiffness that is required for a particular application or industry.

“In sporting equipment, for example, you often need higher stiffness so we would made a version of Kevlar branded aramid with a higher modulus,” explains Weber.

A good example of Kevlar’s sporting application is the humble cycling helmet.

US-based bicycle manufacturer Specialized teamed up with DuPont to create the S-Works Prevail Team helmet, which will be worn by riders from the Astana, Omega Pharma- Quickstep and Tinkoff-Saxo Bank teams at this summer’s Tour de France, including British former world champion Mark Cavendish, and Italian rider Daniele Bennati.

“One thing I want to highlight is that it comes back to stiffness and strength,” says Weber.

“That’s the underlying reason people use aramid in sporting goods applications. It yields properties such as lightweight, durability and is five times the strength of steel. Another reason sporting goods manufacturers use it in applications such as helmets is that it minimises vibration and can sustain deformation without breaking.”

Kevlar’s ductile nature means it is unlikely to shatter or splinter, which can happen in other types of chemical composites, adds Weber.

“When you have a failure of something that has carbon or fibreglass in it, it is going to be a much more catastrophic failure,” he says.

“With the aramid that we brand Kevlar, that deformation is much more ductile.”

Essential to Kevlar’s strength and stiffness is its crystalline structure.

“That crystalline structure is what enables the strength, the vibration dampening, the deformation without breakage and the ductile form of failure which are all features that are inherently different than carbon or fibreglass,” says Weber.