Gone from the wind – industrial CCS

Almost half of the emissions that need to be captured to battle climate change come from the process industries. John McKenna looks at how Carbon Capture and Storage could play a vital role in reducing industrial emissions. 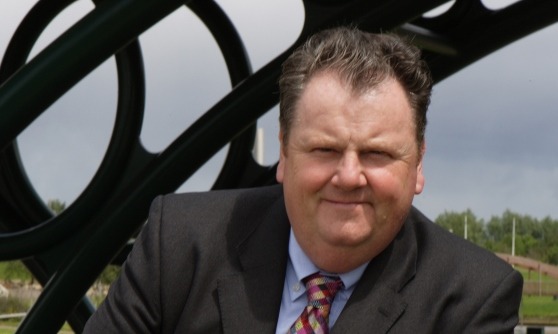 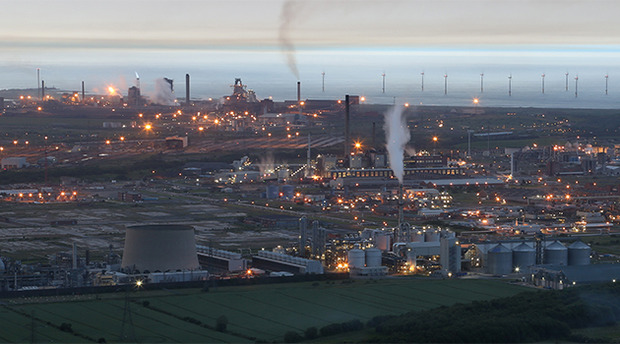 When it comes to cutting CO2 emissions, Carbon Capture and Storage (CCS) has for a long time seemed like the panacea that was too fanciful and costly to ever become a reality.

However, 2014 marked a significant turning point for the technology, when the first commercial-scale power plant to use CCS began operating in Canada in October.

It is anticipated that the C$1.35 billion (£751m) facility will capture around one million tonnes of CO2 each year from the power plant’s Unit 3, cutting the unit’s emissions by 90%.

Captured CO2 will be piped to Cenovus Energy’s oilfields for use in enhanced oil recovery (EOR) operations.

For CCS to be a success in industry it’s going to need to be based around infrastructure clusters like Rotterdam, the Humber and Teesside

However, while Boundary Dam may be the first large power plant to use CCS, the benefits of capturing CO2 to use in EOR have long been recognised by the US oil & gas industry (see box, below).

Including Boundary Dam, nine of the 13 CCS projects operating worldwide are found in North America.

According to the Global CCS Institute’s 2014 report The Global Status of CCS, “the revenue stream EOR offers has been important in helping to make the business case for all of the operating CCS projects in the US and Canada”.

In Texas in particular, carbon capture has proven a popular solution in gas processing, and not only for CO2’s application in EOR.

“Carbon capture is a technology that exists commercially because it has been applied as a solution in natural gas processing, where gas extracted from underground has too high a content of CO2, and the CO2 level needs to be reduced before it can be sold commercially,” says Global CCS Institute senior advisor in CO2 capture Guido Magneschi.

On these projects carbon capture tends to happen as part of the process on various gas processing sites, before being fed to oilfield EOR projects.

As such, they are relatively small scale. There is only one large-scale commercial CCS project in the US: Air Products’ Steam Methane Reformer EOR Project, in Port Arthur, Texas.

Based at the Valero refinery in Port Arthur, the project, completed in 2013, comprised Air Products retrofitting a CO2 capture system to the refinery’s steam methane reformers (SMR), which produce the hydrogen used in refining processes to remove impurities found in crude oil such as sulphur, olefins and aromatics in order to meet product fuels specifications.

Air Products’ system recovers and purifies the CO2, which is then transported in its gaseous state via a pipeline for injection into the Denbury Onshore-operated West Hastings Unit EOR project.

The US Department of Energy has estimated that CO2 captured by Air Products’ Port Arthur Project will assist in the recovery of 1.6-3.1 million additional barrels of domestic oil annually.

While the oil & gas industry has played a pivotal role in the development of CCS technologies up to now, process industries of all guises are expected to play a major part in the roll-out of CCS going forward.

According to the International Energy Agency (IEA), in order to limit global warming to a 2 degrees Celsius temperature rise, 45% of the CO2 captured between 2015 and 2030 will need to come from industrial applications.

Prior to being processed into liquefied natural gas (LNG), the gas in the offshore Gorgon field contains on average 14% naturally occurring reservoir CO2.

While standard industry practice is to vent the separated CO2 to the atmosphere, the Gorgon Project will inject the reservoir CO2 into the Dupuy Formation beneath Barrow Island, offshore Western Australia.

The Abu Dhabi CCS project meanwhile takes place at the Emirates Steel plant, which is different to European mills in that it uses a direct reduction iron-making process instead of a blast furnace.

The project uses a Steam Methane Reforming (SMR) process to produce H2 and CO and an amine solvent-based process is used to capture CO2 from the SMR product gases.

The advantage of this process is that it produces a very pure stream of up to 98% CO2, so the actual CCS project only involves dehydration and compression of the CO2 gas, which is then pumped into an onshore oilfield for EOR.

Both Gorgon and Abu Dhabi are exceptional projects, with Gorgon’s CO2 storage driven by regulatory requirements and the Emirates Steel plant using a process that is unusually (among iron & steel mills) favourable towards CO2 capture.

Neither project is surrounded by a wider network of CCS projects, as is the case in the Texas oil & gas industry.

However, it is precisely a critical mass of CO2 producers that is needed if industrial CCS is to prove a success, says Global CCS Institute general manager Andrew Purvis.

“Industry is going to be an important part of the piece,” he says.

“I spent 20 years in the steel industry, and you can’t process steel without emitting CO2. However, for CCS to be a success in industry it’s going to need to be based around infrastructure clusters like Rotterdam, the Humber and Teesside.”

The Dutch port city of Rotterdam is by far the most advanced when it comes to developing an industrial CCS network. The Rotterdam Capture and Storage Demonstration Project (ROAD), a joint initative of E.ON Benelux and GDF SUEZ Energie Nederland, aims to capture and store CO2 emitted by the Maasvlakte Power Plant 3 (MPP3), a pulverised coal power plant that began generating electricity last year.

From 2017 ROAD intends to capture MPP3’s CO2 and transport it via pipeline to depleted gas reservoirs located approximately 20 km off the coast of Rotterdam in the North Sea.

CCS in the UK

From an industrial CCS perspective, ROAD’s location in the Port of Rotterdam’s industrial area is critical, as it could act as a stepping stone for the realisation of the Rotterdam CO2 collection network.

In contrast, the two major CCS projects currently being developed in the UK are not located within any of the UK’s major process industry clusters in the North East and North West of England.

The projects currently supported by the government’s CCS Commercialisation competition are the 426MW White Rose facility at Drax in North Yorkshire, and Shell and Scottish and Southern Energy’s (SSE) Peterhead CCS in Aberdeenshire. Both projects would transport CO2 to the North Sea for storage and potential use in EOR.

Having said this, National Grid is currently developing proposals for a Yorkshire and Humber CCS project, which would develop a 75km cross-country pipeline that would transport CO2 captured from both the White Rose project and from major industrial sites in the region, such as the Port of Immingham. Also tied into this Yorkshire and Humber CO2 collection network could be the proposed Don Valley CCS Project.

However, despite already receiving planning permission and benefitting from a €180 million grant from the EU, the project’s development has stalled after Don Valley owner 2Co last summer announced it was in talks to sell the project to Norwegian firm Sargas.

The network would be based in the Tees Valley, which is home to a large number of energy intensive industries, with many plants represented by the North East Process Industry Cluster (NEPIC).

NEPIC chief executive Stan Higgins says that a CO2 collection network in the region could provide commercial opportunities for the captured gas, with some firms requiring CO2 for their processes.

CO2 belongs to a wider family of enhanced oil recovery (EOR) techniques that fall under the term “miscible gas injection”, which refers to those methods of injecting into wells gas that is able to mix with and change the physical properties of the oil.

Alongside CO2, the other common form of miscible gas injection is the re-injection of hydrocarbon gas into wells.

However, the miscibility of hydrocarbon gas typically has to be improved with solvents such as propane or butane, while CO2 is naturally better at mixing with oil and changing its properties.

As well as reducing viscosity and making the oil lighter like hydrocarbon injection, CO2 is also able to reduce the interfacial tension between the rock and oil, allowing more to be washed off the rock.

While common in the US, where there are many cheap natural sources of CO2 available, the absence of such sources on the UKCS mean there are no CO2-injected fields here…yet.

Shell and Drax are both currently leading the development of pilot Carbon Capture and Storage (CCS) power plants, both of which would store captured gas in the North Sea.

Following preliminary work by the PILOT taskforce, the Department of Energy and Climate Change is now looking for candidate fields on which to carry out a feasibility study on the economics of using captured CO2 for EOR.