From humble beginnings, additive manufacturing has evolved into a process that impacts almost every aspect of our lives. Robert Smith discovers how it is being applied throughout the engineering industry. 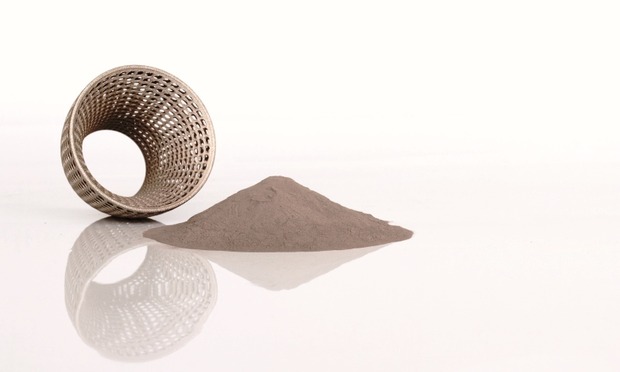 The world of manufacturing is embarking upon somewhat of a transition. As it embraces new and emerging technologies, it is defining itself more than ever as a forward-thinking, disruptive sector.

Such is its evolution, the design and development of everything from pick and place robotic grippers to functional organs is now being realised through major advancements in additive manufacturing - a process by which data can be used to digitally print three dimensional (3D) objects.

Materials play a huge part in what can be achieved through additive manufacturing.

“Materials create opportunities by being able to solve unique application challenges. As new materials are developed and released into the market, the scope of applications increases,” he says.

Additive manufacturing expert Stratasys says that high-performance engineering thermoplastics - such as its own ULTEM 1010 product - are fast-becoming the most commonly used materials.

“They are robust and are applicable to a wide variety of applications,” says Jonathan Jones, a materials expert at Stratasys.

Jones says that theoretically, printing with plastics can extend the boundaries of manufacturing potential.

As the additive manufacturing sector progresses, there is an increased recognition that it can be adapted to suit the needs of multiple engineering industries, he says.

“However, I don’t think additive manufacturing will be used to compete with conventional processes. I think it will create a new element within each industry.

“Industry leaders will see the potential of additive manufacturing to make products that are more bespoke and which will add value to a company’s existing product range,” Jones says.

“In just about every sector, including across the process and chemicals industries, there is an application where additive manufacturing has some play,” he says.

Though heavily regulated, the production of pharmaceuticals is a good example where addictive manufacturing could be more widely implemented, Salter suggests.

For instance, the US Food and Drug Administration broke new ground in August when it approved the manufacture of the world’s first 3D-printed drug.

Aprecia Pharmaceuticals - which manufactures the drug Spritam - will utilise a proprietary 3D printing platform to print the porous seizure medication.

However, Salter claims that pharmaceuticals firms could take the process even further.

“If you are just trying to print a batch of pills that are all the same size and shape, there is no real advantage to using additive manufacturing.

“But, if you decide to 3D print a pharmaceutical patch, as opposed to a batch of pills, you can make that patch bespoke and specific to an individual’s pharmaceutical requirements. That’s where a major advantage of additive manufacturing will come from,” he says.

Having the ability to 3D print pharmaceuticals, among other products, has raised a number of regulatory concerns, however.

Salter argues that some concerns are more valid than others.

“Just because you could potentially 3D print a drug, does not mean you will have access to the chemicals or the information required to print those pills.”

“Producing drugs and other heavily regulated products via 3D printing would still only ever happen in factories and under very strict controls.”

While 3D-printed pharmaceuticals are in the very early stages of development, 3D-printed automation is a more mature sector.

They have only been in business for less than a year, but Automata Technologies has already developed a functional, 3D-printed plug-and-play robotic arm known as ‘EVA’.

“The prototypes we have are almost completely 3D-printed,” says Chandra.

“Even the gearing is 3D-printed. Nearly all the complex mechanisms within EVA are 3D-printed. It’s only the belts, screws and electronic components that aren’t.”

Chandra says that without the option to 3D-print EVA, the gearing would have been particularly difficult to create.

“In the UK, if an engineer designed the gearing it would have had to go through several iterations before it could ever be properly tested,” Chandra says.

“Essentially, you would have to make the mould, cast it and then test to see if it worked. It would cost thousands of pounds more than simply 3D printing the part.”

Chandra says that Automata Technologies is almost at a point where it can begin servicing the manufacturing sector.

“The first people to uptake the robot would receive a 3D version for trials, which we expect will take until about April next year,” he says.

Ultimately, Chandra wants to automate many of the 93% of tasks in manufacturing that are currently done by hand, but which he says could be better conducted by a robot.

“We are more than happy to take the approach of discovering how many different industries want and need a tool like EVA,” Chandra says.

Engineers from Yorkshire have developed a 3D barcode that can be built into products while they are being manufactured.

With particular relevance for pharmaceutical and high value consumer products, the anti-counterfeit marker is virtually invisible to the naked eye and impossible to detect by touch.

Drug counterfeiting is a significant public health threat, and because most anti-counterfeit devices are added to products or packaging after they have been manufactured, they are simple to copy.

The 3D barcode, however, forms an integral part of the product itself, which makes it very difficult to reproduce.

Developed by Yorkshire–based spin-off Sofmat in collaboration with engineers from the University of Bradford, the barcode is made up of tiny indentations in the surface of the product, created by pins, which are integrated into its mould.

The barcode can be read using a laser scanner, which means even small objects such as pills can be tracked and then verified as authentic, say developers.

A micro-actuator moves the pins, which can be set at different heights, and each step corresponds to either a letter (A-Z) or a number (0-9). The prototype works with a four-pin array, with over 1.7 million different configurations.

“The system enables very small displacements to be made in each pin – each step being just 0.4microns, 100th of the width of a human hair,” says Ben Whiteside, from the University of Bradford.

“These have to be set with a very high accuracy, and with sufficient force so their position is maintained during the manufacturing process.

“While our system has been developed initially for products made from plastics or composites through injection moulding, it could also be used to stamp or emboss the code onto a product.”

“You can have multiple configurations, different codes on each individual product and additional details such as patterns on the heads of the pins themselves, making copying the code extremely difficult. For the first time the same technology and coding can be used on bulk packaging, individual packaging and on the actual product, making it much harder to create and ship fake products.”

He says the technology is already generating interest from the pharmaceutical sector, where firms are producing tablets using an injection moulding process, into which a 3D barcode could be incorporated. The system has been verified in the lab using high-tech scanning devices, its developers say.